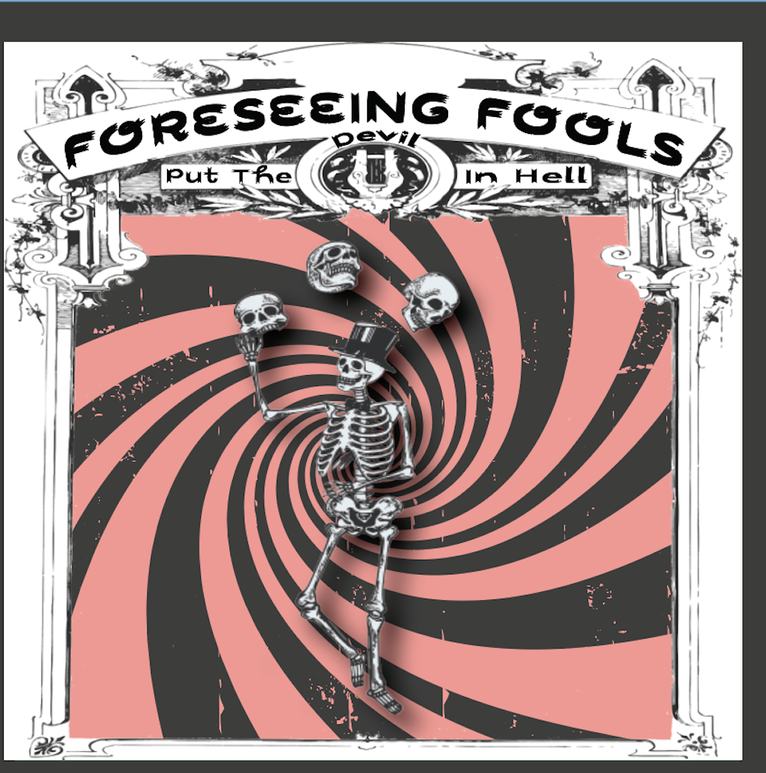 Foreseeing Fools is a Blues & Americana infused Psychedelic Rock band formed in 2017 by husband-wife duo, Jimbob and Candace Cherie A.K.A CC. Based in Winnemucca, a small rural desert town known as Nevada’s, “Buckaroo country," Foreseeing Fools has an intoxicating and mellow, yet moody, sonic sound that provides the perfect backdrop to the punchy, energetic attitude of their vocal melodies and sometimes sinisterly themed lyrical
compositions. Fans have been known to compare the desert rock duo to iconic classic acts such as Jefferson Airplane, The Runaways and The B-52s, while the pair also cites modern bands like The Von Bondies, Yeah Yeah Yeahs, Florence & The Machine and The White Stripes as musical influences.
Following their 2019 debut EP, Bootleg Cigarettes, Foreseeing Fools’ released their latest project, Put The Devil In Hell (EP), in November 2020, both of which are available on all major streaming platforms and Bandcamp. Fans have cited the couple’s one-of-a-kind rock sound as having a, “unique punk edge,”and their songs as, “an anthem for the outcasts.”